Hi, I'm Adele. I'm a British teenager and there is nothing better than sitting down with a cup of tea and a book. 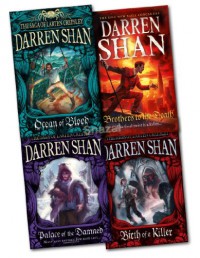 ‘The Saga of Larten Crepsley’ is a set of books which are each equally amazing and that is why I give these books 4.5 stars. The reason for this is that it showed that bad things aren’t done because of bad intentions. I liked the plot twists in this book to because they were very imaginative.

The characters you will sympathise for and love and the places it was set in were described with amazing detail. I could imagine the whole book vividly.

Now I want to read what this book was set on, ‘Cirque du Freak’ by the same author because I have a feeling that it will be even better than this series. 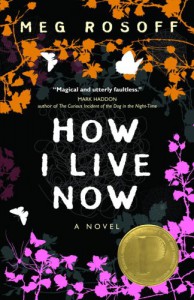 How I Live Now

I give How I Live Now 4½ stars out of five. I give this book this rating due to how I think the author explained Daisy’s feelings well. I think that many authors can do this but Meg Rosoff did this better than any that I know. It was very realistic which was good seeing as it was a book about a war and terrorists.

I really like the characters in this book too. They were very individual and it was easy to remember them. My favourite character was Piper who was one of Daisy’s (the main character) cousin.

There is no denying that Ii would read it again when I get the chance.

If you are following me you may be wondering "What is happening?!". I am currently reading 'How I live Now' and have taken a break from the 'Saga of Larten Crepsley'. This isn't because I don't like the books because I LOVE the books, I just need a break. I am going to finish and review 'How I Live Now' and then I might go and finish the last book out of the series and review the saga as a whole.

Sorry if this is a bad decision! 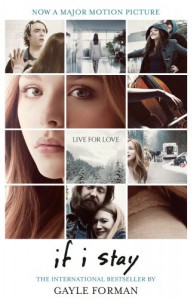 I give ‘If I Stay’ four and a half stars. It was an emotional roller coaster of Mia’s life. Mia is the odd one in a family of punk rockers. She has recently been hospitalized because of a car accident that killed her family and she has to decide whether she wants to stay or not.

This book isn’t just about her deciding to live. She has flashbacks to which fuel her decision and those make the book great. She is an amazing character too and there is no way that I can describe this book up to it's full potential because it’s just too good.

I would definitely recommend this book to my friends; I’m actually thinking of lending it to my friend tomorrow!

I recently bought these books and I am very excited to read them. I have just finished reading 'If I Stay' and I am going to write the review of it now and then I am going to start the first books in 'The Saga of Larten Crepsley' which is 'Birth of a Killer'. Exciting!!!! 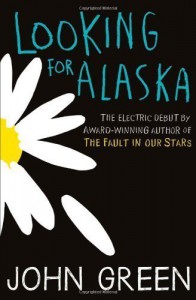 I give Looking for Alaska 4 stars out of 5. In my opinion, it wasn't the easiest book to read but I think that happens when you have complicated/messed up characters. Even when not knowing a few of the words, you feel like you understand every moment in the book though because it is described with great detail (although there could be more in my opinion).

The story is based around a boy called Miles Teller (who later gets the nickname “Pudge”) and his life and the people he meets when he goes boarding school. It has a balance between comedy and sadness which means this book doesn't make you weep for days. It also talks about the friends he meets and the mischievous things that happen. It doesn't cut back at the bad things that happen in life too.

I think the ending was great. It was about realisation. I think all of John Green’s endings are great (like in The Fault In Our Stars ‘Okay’). I really enjoyed this book and there is no doubt that I will read this again. Hopefully, next time I will understand it better!

I give Fangirl 4 stars out of five. The reason for this is that I believe, the beginning and middle of the book was amazing, but the end was disappointing. I like how the author described the characters and I found that it was very easy to imagine the characters and the places set around them. She told college in a way that I have never read before. There were obviously a lot of cliches like being drunk and the way some of the frat boys looked but I guess there is nothing wrong with a few cliches.

This book also included the struggle of leaving parents and how it not only affects you but how it might affect the parents more. Another topic it highlighted was how personalities are very deep inside and people you can be cautious of can actually be kind and friendships can be formed with the weirdest of combinations.

I would definitely read this book again but of course, there are a lot of other books that I want to read! 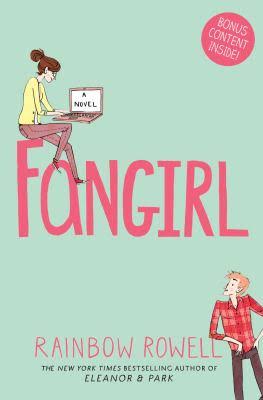